Why you need to know about Creative Destruction

Erin Winick helped speed the progress of technology in America, and now she has mixed feelings about it.

As an intern at a Southern California company, Winick worked with a 30-year professional maker of complicated molds to implement a 3-D printing process. The long-time employee offered great insights into the costs and dimensions of making the molds, Winick said in an interview and had perfected parts and tools for the complex job.

In a recent article for MIT Technology Review, Winick explains how she and the longtime employee went over the mold-making process in great detail so that by the end of her internship she had developed a prototype 3-D printer that produced the molds far more efficiently.

The company loved the product—and eliminated her friend’s position. Soon after, he left the company.

“When there is a face to the person leaving it's more difficult to just say they are a necessary casualty of the process,” Winick told me in an interview. “It's someone's life you are changing. At the same time, technology has always changed the workplace, and without those alterations, we wouldn't be where we are at today.”

Where Luddites came from

Sound familiar? Economic history is full of sad stories about jobs eliminated through automation, efficiency breakthroughs, and other technological advances. Late-eighteenth-century England was gripped by the story of Ned Ludd, who smashed a pair of stocking frames, an early invention for mechanizing textile-making.

While Ludd himself may or may not have existed, textile workers inspired by the tale took to sabotaging textile machines in an effort to save fabric-makers’ jobs—giving rise to the modern word “Luddite” to describe technophobes. The Prussian inventor of a mechanized ribbon loom came in for more serious punishment: Danzig city authorities, fearing that weavers would be put out of work, reportedly had him murdered in 1579.

But there is a sunnier side to these stories of labor displacement—one that can be seen in top-level economic theory, history, literature, and most importantly, in our daily lives. It comes down to a seemingly contradictory phrase: “Creative Destruction.”

We owe the term Creative Destruction to Joseph Alois Schumpeter (1883-1950), a witty, colorful economist born in a part of the Austro-Hungarian Empire that is now the Czech Republic. “The history of capitalism is studded with violent bursts and catastrophes,” Schumpeter wrote in his 1939 work Business Cycles: A Theoretical, Historical, and Statistical Analysis of the Capitalist Process.

Schumpeter came of modest beginnings, but his mother was an ambitious networker in Vienna society, and he cultivated an image as an aristocratic rake. The idea that economic power is fluid, and that existing interests are always vulnerable to arrivistes, came naturally to Schumpeter. Karl Marx saw the dynamic forces of capitalism leading to oppression of the lower classes and the self-destruction of the free-market order, but for Schumpeter, those forces were clearly giving new vigor to capitalism and raising standards for the middle and lower classes.

“The fundamental impulse that sets and keeps the capitalist engine in motion comes from the new consumers’ goods, the new methods of production or transportation, the new markets, the new forms of industrial organization that capitalist enterprise creates,” Schumpeter wrote in 1941 in Capitalism, Socialism, and Democracy.

By the time Schumpeter coined the phrase, he was living in the United States, and Creative Destruction itself was in danger of being swamped by the seeming triumph of centralized economies run by governments. Europe was split between the socialized economies of Nazi Germany and fascist Italy on one side and the Soviet Union on the other.

The United States itself had been yielding more of the free market to government control in the 1930s, and Washington would take direct control of manufacturing after the attack on Pearl Harbor and America’s entry into World War II. Capitalism, Socialism, and Democracy is not entirely optimistic about the future of the free market order, and the book in part serves as a defense of the chaotic and disruptive power of the free market.

The book draws on a wide range of economic history, including some of the examples above, and cites developments as diverse as modern medical hygiene and increased buying power among the very classes Marx thought would be most oppressed under late capitalism. Schumpeter keeps a steady, occasionally funny, focus on the way market disruption leads to greater comfort and leisure among all classes.

“The evolution of the capitalist style of life could be easily—and perhaps most tellingly—described in terms of the genesis of the modern lounge suit.”

But while Schumpeter gave the concept its name, Creative Destruction has been variously understood throughout history.

“Though in every age everybody knows that up to his own time progressive improvement has been taking place, nobody seems to reckon on any improvement during the next generation,” the eminent Whig historian Thomas Babington Macaulay wrote in 1830—at a time when much of the political focus in England was on the apparent suffering caused by the industrial revolution.

“We cannot absolutely prove that those are in error who tell us that society has reached a turning point, that we have seen our best days. But so said all who came before us, and with just as much apparent reason… On what principle is it that with nothing but improvement behind us, we are to expect nothing but deterioration before us?”

The idea of technological displacement leading to greater wealth even makes a fleeting appearance in James Joyce’s difficult modern novel Ulysses, when Leopold Bloom (riding in a carriage past a then-newfangled tram line) watches an old-fashioned railway switchman at work.

“Couldn't they invent something automatic so that the wheel [would turn] itself much handier?” Bloom thinks. “Well but that fellow would lose his job then? Well but then another fellow would get a job making the new invention?” 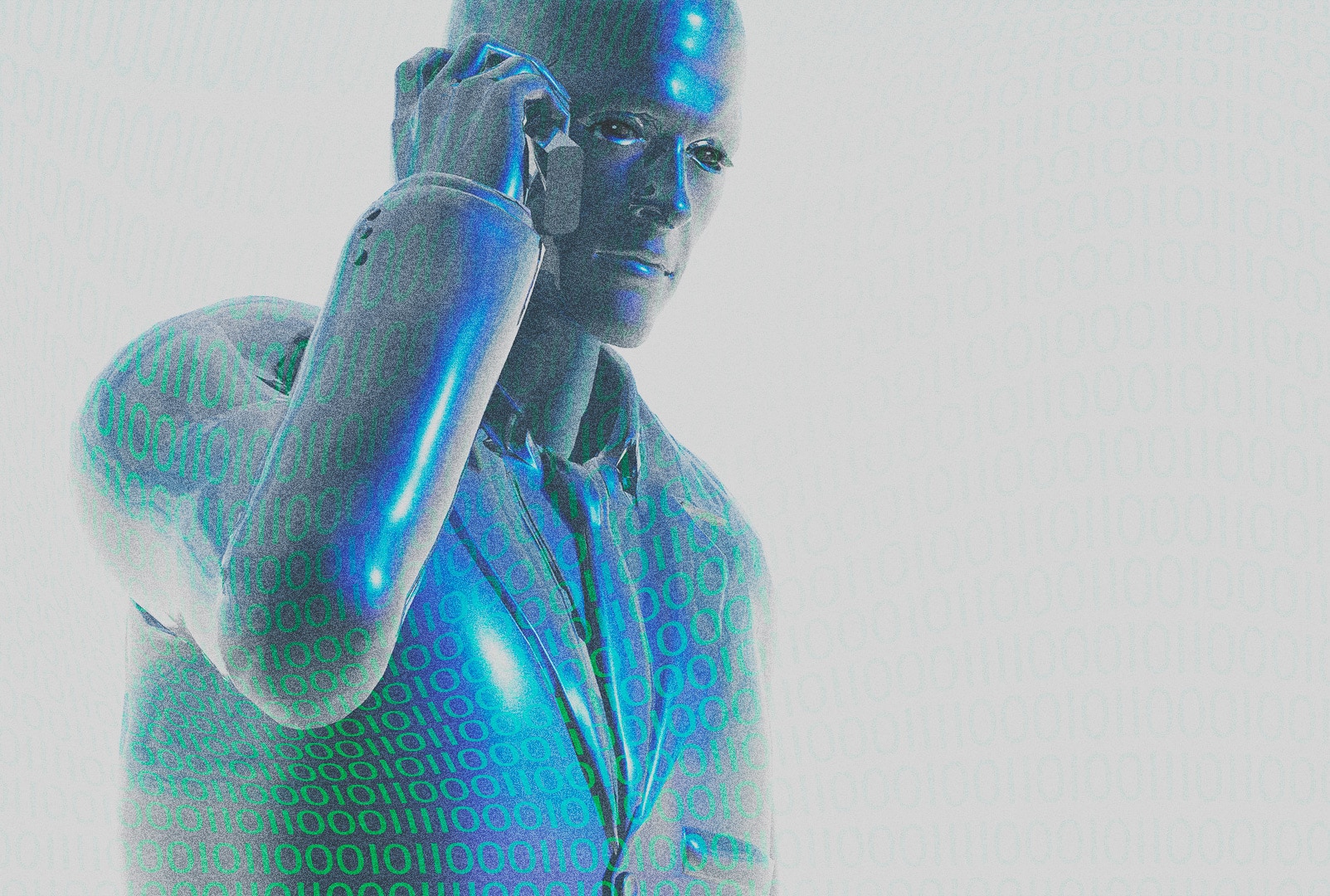 While the jury’s still out on whether the current round of technology will create more jobs than it destroys, it is demonstrably creating more stuff at cheaper prices.

Consider “phones,” which as recently as the 1990s still meant landlines plugged into walls and were largely unknown in vast parts of the world. Today a phone is a cheaply obtained full-data computer beyond the imagination of Captain Kirk, and the spread of cellular technology is fastest in the developing world.

The old model of the phone has been forgotten to the point that during a recent Medal of Honor ceremony, President Trump felt the need to explain why Army Lt. Garlin M. Conner had to sprint 400 yards under fire to lay telephone wire during the Battle of the Bulge.

“That was a long time ago,” the president said, “before we had what we have today — called a cell phone.”

And speaking of phones, consider one mobile phone application we all use—the camera. It was only at the beginning of this century that we began to lose our understanding of cameras as expensive luxury items using 24- or 36-shot rolls of film that had to be sent out for developing. Today we are awash in photographs, everybody has multiple cameras…

…And Kodak—a company so widely associated with photography that its name was once considered product-generic like “Kleenex” for facial tissues or “Xerox” for photocopiers—filed for bankruptcy in 2012, unable to keep up with the revolution in digital photography.

How to navigate Creative Destruction

Kodak’s spokesman declined to comment for this story, but the company appears to be making an effort to stay alive in specialty markets, among photographers who value the look of chemical film images. Meanwhile, Winick has some words of wisdom for those looking to survive and thrive in the tumult of Creative Destruction.

“Although people have already lost and are losing their jobs to robots, we are just at the start of something,” she told me. “Observe how your company and industry are shifting, and proactively learn skills you see being in demand. Invest in yourself and continuing education even if your company doesn't. It's definitely not easy, but by continuing to challenge yourself and learn new things, you can keep up with the times. Those skills could even be presentation or social skills, not just things like coding. In a world of robots, social skills can be extremely valuable.”