Often, decision-making in corporations crawls along at a snail’s pace. Or so it seems. But occasionally, when the right idea surfaces at the right time, things can move quickly. 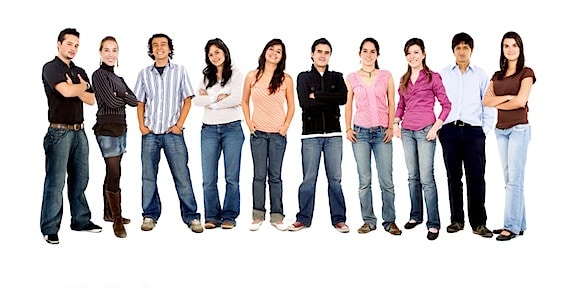 On Thursday, October 16, at 4:30 p.m. Gabe Wicks, the VP in charge of our Design and Multimedia Group, sent me an email. He challenged our dress code policy, saying

Given the harsh economic climate, why don’t we help out our employees’ personal expenses while also giving them a positive perk that won’t cost the company a dime? Allowing employees to wear jeans at their discretion would do both. It would certainly reduce dry cleaning costs for most staffers, and it would be a tangible policy change that would lift spirits and give people one more reason to be thankful they have a job, particularly with a company that sincerely cares about them, their finances and their comfort at work.

I replied seven minutes later to Gabe and Jim Thomason, our VP of Human Resources. I told them both that I loved the idea. Jim replied a few minutes later and suggested that we poll the executive leadership team. We gave them a “negative option,” telling them that we were going to announce the change on Friday afternoon unless they objected. I wanted for our employees to go into the weekend with some positive news.

By noon on Friday, we had heard from everyone on the executive team. Jim sent out a “Dress Code Change” announcement at 1:30 p..m., less than 24 hours from the time Gabe first presented the idea.

An hour later Jim reported back that his email was “lit up with thank-you notes.” More than one employee said to him, “This is the best news I have heard in weeks?” Wow.

Last week, in honor of our new dress code, I wore jeans every single day. I loved how much more productive I felt. I don’t know if it was the jeans per se or just the change of pace. Regardless, I like it.

Question: Why do you think most people responded so positively to such a seemingly small change in our dress code? What other small changes could we make that would have a big impact?