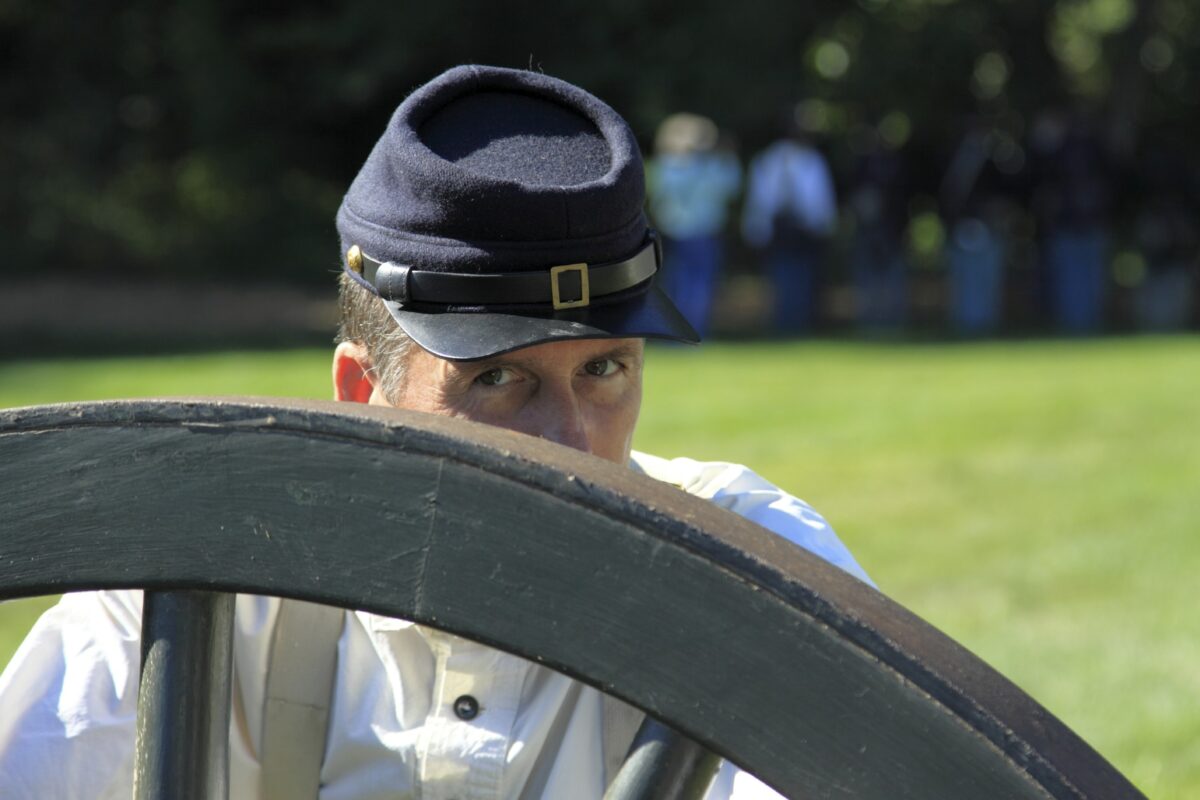 Sometimes you learn from positive role models. Often you learn from negative ones. This is one of the reasons I love to read history—you invariably see both.

After watching Steven Spielberg’s Lincoln, I decided to reread Team of Rivals by Doris Kearns Goodwin. It is a page-turning account of Abraham Lincoln’s presidency and his political genius.

At the beginning of Lincoln’s first term, he appointed each of his former Republican rivals—those who had run against him for his party’s nomination—to cabinet posts. The narrative demonstrates his amazing ability to tap into a broad array of perspectives and create alignment among those who often disagreed violently with one another.

Unfortunately, Lincoln's leadership was not perfect. He occasionally selected men for public service who were unworthy of his trust. One such individual was Gen. George B. McClellan, commander of the Army of the Potomac and, eventually, first general-in-chief of the Union Army.

McClellan had significant character flaws that can serve as warning signs to anyone in leadership. Ultimately, these cost him dearly: He lost Lincoln’s confidence, his job, and a run for the White House (against Lincoln). Worse, his missteps prolonged the Civil War and cost the lives of tens of thousands of soldiers on both sides of the conflict.

I want to share five flaws I noted in McClellan as I read Goodwin’s book. These characteristics practically define what it means to be a weak leader. And the list doubles as a convenient self-evaluation tool if you want to avoid becoming one.

McClellan was constantly preparing. According to him, the Army was never quite ready. The troops just needed a little more training. In his procrastination, he refused to engage the enemy, even when he clearly had the advantage. He could just not bring himself to launch an attack. When Lincoln finally relieved him of his duties, he famously said, “If General McClellan does not want to use the army, I would like to borrow it for a time.”

I meet people all the time who seem to be forever preparing. They’d like to launch a new product, find another job, write their first book—but they just can’t seem to pull the trigger.

One of the most important leadership qualities you can develop is practicing the art of the start. Perfectionism is the mother of procrastination. You’re never going to find the perfect time or the perfect circumstances or be totally prepared. At some point you have to kick into action.

What is it you need to do that you’ve been procrastinating: a difficult conversation, a project to approve, a person to fire, a call to make? Whatever the next step, just do it.

Leaders who do this never get very far. I don’t care if you own your own business, lead a department in a major corporation, or head a nonprofit. You’re in place to deliver an outcome, and your job is to figure out how to get the resources or make do without them.

The truth is that, as a leader, you never have enough resources. You could always use more of one thing or another. But successful leaders figure out how to get the job done with whatever resources they have. How?

By using the one thing you possess that is potentially unlimited: your imagination. Ultimately, there is no such thing as insufficient resources; there are only unresourceful people.

McClellan blamed everyone else for his mistakes and his own refusal to act. He even blamed the president. Every time he suffered a defeat or a setback, someone or something was to blame. He was a master finger-pointer. Great leaders don’t do this. They are accountable for the results and accept full responsibility for the outcomes.

Once, a consultant asked me about my company’s financial performance. We missed the target for that month, and I blamed the economy. “I get it, the environment is tough,” she responded, “But let’s be honest. It’s always tough, right? Michael, what is it about your leadership that led to this outcome?”

Whoa! I instantly felt defensive, but she helped me along. “As long as the problem is out there, you can’t fix it. You’re just a victim. I’m not trying to shame you; I’m trying to empower you. You can’t change your results until you accept full responsibility for them.”

Once you accept responsibility, you can change the result. You may not control the circumstances you’re in, but you do control your response. Changing the result is as simple (or as hard) as changing your response. Imagine how different your family, church, company, or even the country could be if everyone took personal responsibility for their outcomes.

4. Abusing the Privileges of Leadership

While his troops were struggling in almost unbearable conditions, McClellan lived in near-royal splendor. He spent almost every evening entertaining guests with elaborate dinners and parties. He insisted on the best clothes and accommodations. His lifestyle—underwritten by taxpayers—stood in distinct contrast to that of Gen. Ulysses S. Grant, McClellan’s eventual successor.

Leadership is first and foremost a stewardship, as Andy Stanley says. We never hold it for ourselves; we hold it on behalf of someone else. If you’re in a position of leadership, it’s to serve. And guess what? You’re accountable. If you abuse it, you’ll eventually lose it, as Gen. McClellan did.

As a leader of a company, here’s how I look at potential actions and decisions. “If a reporter or a private investigator were following me around, how would the choices I am making today appear if they were on the front page of The Wall Street Journal?” Our bad decisions have a funny way of coming to light, and, as a leader, you need to live with that prospect in clear view.

5. Engaging in Acts of Insubordination

McClellan openly and continually criticized his boss, President Lincoln, by being passive-aggressive. Even when Lincoln gave him a direct order, McClellan found a way to avoid obeying it. In his arrogance, he always knew better than the president and had a ready excuse to rationalize his lack of follow-through.

Criticizing your boss in public? Never a good idea. As Solomon advised thousands of years ago, “Do not curse the king, even in your thought; do not curse the rich, even in your bedroom; for a bird of the air may carry your voice, and a bird in flight may tell the matter.” People in authority will eventually find out what you’ve said, and when they do, don’t be surprised if you get fired. You were asking for it.

If you disagree with your boss’s direction and feel deeply about it, then confront in private or resign. This really comes down a matter of integrity. Even if your boss is incompetent, you have the duty to respect him or her. If you can’t do that, you need to resign. Speaking out publicly while you’re still employed is just not an option. And it’s not very smart.

Lincoln had the patience of Job. He gave McClellan numerous opportunities to correct his behavior and redeem himself. But in the end, McClellan either could not or would not do so. He left the president no choice but to relieve him of his duties.

The lesson has been lost on leaders in later generations. Both Gen. Douglas MacArthur and Gen. Stanley McChrystal lost their jobs for insubordination too.

Look up or down the line of command in many organizations, and it’s easy to see these five character flaws afflict many leaders today. If you're a leader, the best safeguard against them is self-awareness. Reading books like Team of Rivals, or just reviewing a list like this can give you critical insight about your own behaviors.

And once you see your weaknesses clearly, you can build the corresponding strengths into your character and your leadership.