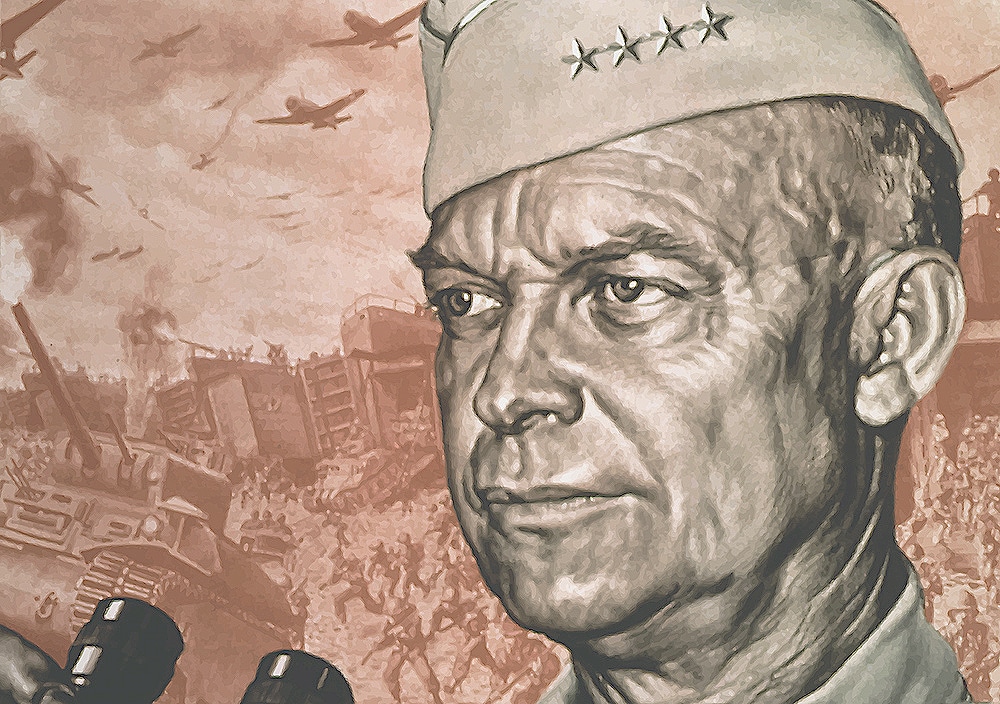 3 Things Eisenhower Got Right About Storming the Beaches

D-Day is known as a great victory for the allied forces, the beginning of the end for the Nazis as over 150,000 troops pushed into Europe in the first wave of an invasion by sea. But it easily could have gone the other way. We can learn a great deal from the difference.

A draft letter by Supreme Allied Commander Gen. Dwight Eisenhower shows us what kind of leadership it took to invade at Normandy on June 6, 1944. He didn’t take victory for granted and was fully prepared to take the blame if his plan failed.

From the National Archives come these incredible words in Eisenhower’s own handwriting:
“Our landings in the Cherbourg-Havre area have failed to gain a satisfactory foothold and I have withdrawn the troops,” he wrote.
He explained that the “decision to attack at this time and place was based upon the best information available. The troops, the air and the Navy did all that Bravery and devotion to duty could do. If any blame or fault attaches to the attempt it is mine alone.”
The general obviously had a lot on his mind that day, because he accidentally misdated it for July!
There are 3 lessons that leaders of organizations can take from Eisenhower’s never delivered mea culpa.

Extreme ownership is an idea that the civilian sector has borrowed from the military and we can see it on full display in Eisenhower’s own writing. It’s hard to get any clearer than “any blame or fault…is mine alone.”
Eisenhower was the general in charge. He had decided to invade in this place at this time. If it didn’t work out, he was going to get blamed anyway. He didn’t see any point in denying it or trying to deflect blame on the troops who he was already putting in the line of fire.
The general was prepared to do this because it was second nature to him. When we find ourselves facing great challenges in our organizations, we ought to be just as forthright in owning the problem and thereby owning the solution.

Eisenhower understood that should this go wrong, he was going to have to say something. He didn’t want to come up with something on the spot, so he committed thoughts to paper.
This is similar to what I mean when I say that activation triggers are so important. The letter is evidence of contingent thinking (“if x, then y”), which is an incredibly important tool for reaching your goals.
It helps if you think things out in advance, so that you do fewer stupid things in the moment. This isn’t being a fatalist, it’s acknowledging that there are going to be obstacles in our paths. We’ll fare better if we have some contingency, or kernel of a plan, for how to deal with those obstacles. In this case, he would have withdrawn the troops and looked for a better opening.

3. He addressed the downside.

There are limits to what we can know. We can’t see the future. Even with good information, we can only guess what other people are going to do.
In many ways, Eisenhower won on D-Day not by ignoring the downside of what his army was about to undertake, but by understanding exactly what was on the line—and working diligently to prepare them for invasion using all the means at his disposal.
One of those means was misdirection. He used a broken German cipher and props, including fake, portable tanks, to convince the planners of the Third Reich that the invasion would happen elsewhere. The ruse gave allied forces a fighting chance on the beach that morning.

If you think things out in advance, you do fewer stupid things in the moment.Michael Hyatt

Eisenhower thought the D-Day invasion was a good plan, and it was. About 5,000 troops died in the first wave of the invasion in an assault that could easily have cost tens of thousands of lives.
Yet it was a better plan than it otherwise would have been because he took the possibility of failure, and his role in it, so seriously. Leaders today could learn a lot from his example.