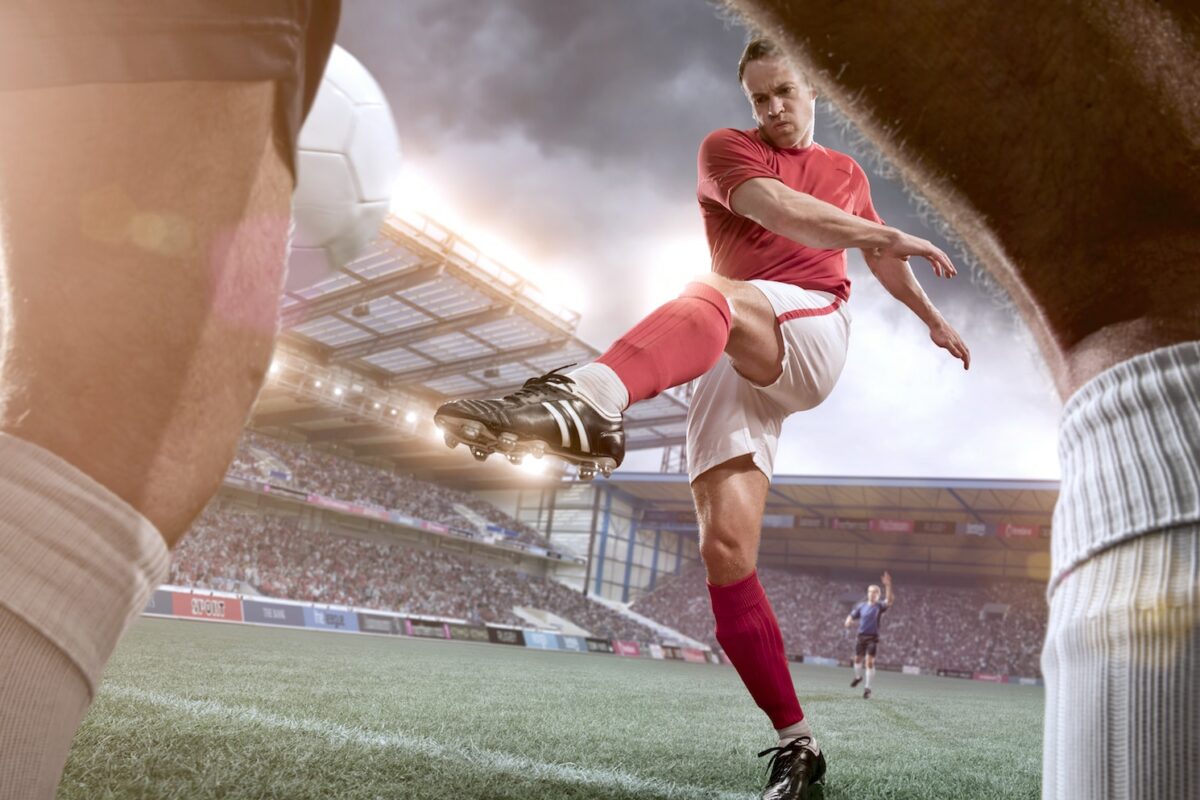 Few of us run races at the Olympics or score touchdowns in the NFL. But we all play a metaphorical sport in our professional and personal lives. Simply put: we want to succeed and thrive. To win, we must set big goals and work toward effective and influential results.

Problems seldom arise from our goal-setting itself. Each New Year offers another prime opportunity to make resolutions and set goals. But it’s our end-of-the-year progress reports that truly count, and research suggests that the further away we get from our initial goal setting, our “motivation tends to lag.”

Toward the end of each day, quarter, or year, it’s prudent to ask ourselves if we’ve actually followed through and met our goals. It's also wise to ask if by meeting our goals, we’ve seen some sort of positive, transformational effect in our business or life. 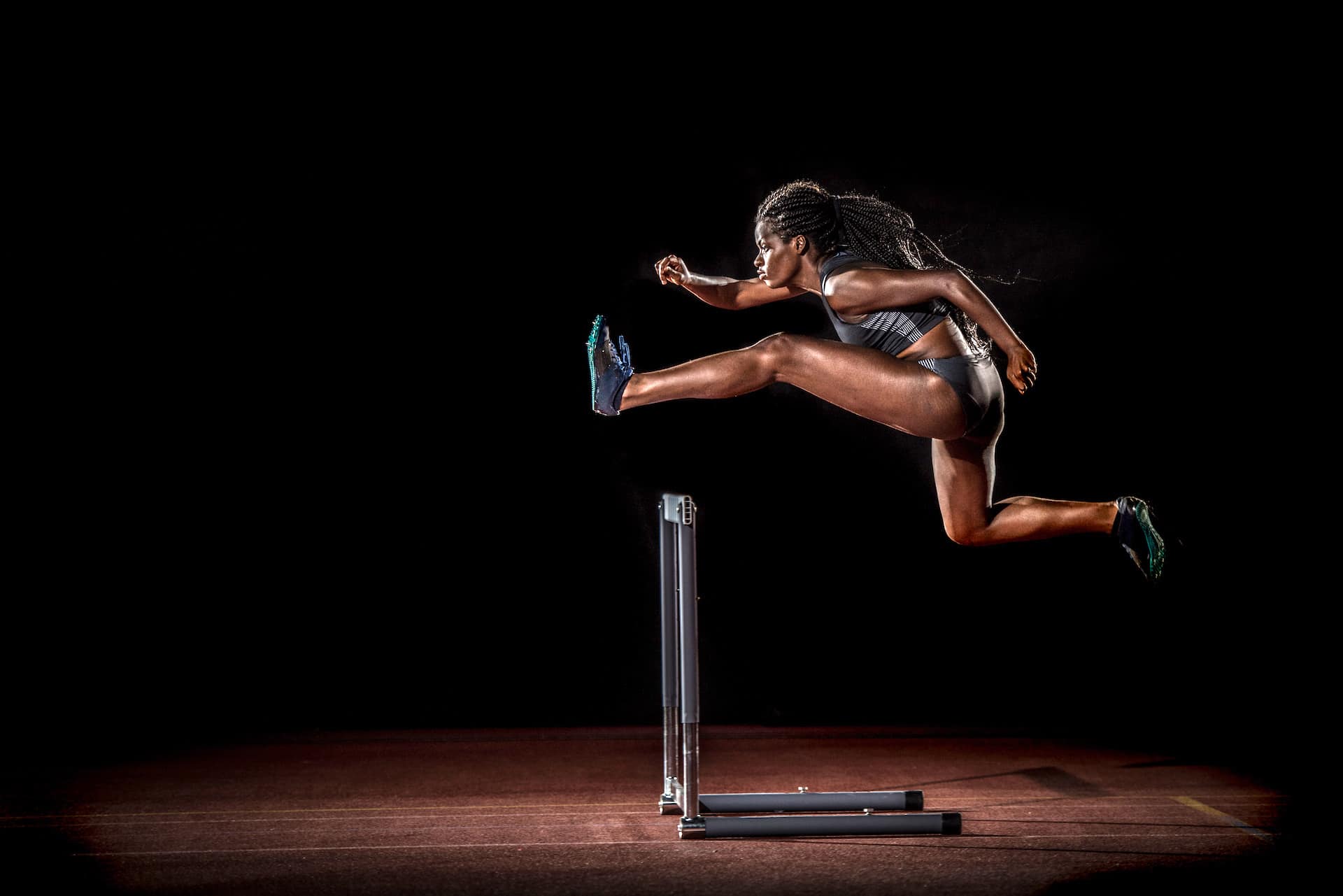 1. Connect with a deeper purpose

Colt McCoy is currently a backup quarterback for the Washington Redskins. When I interviewed him a few years back for a book project written with his mentor, Matt Carter, Colt had been the winningest quarterback in the history of NCAA football before beginning his NFL career with the Cleveland Browns.

Colt described how throughout his whole life, he’d been hardwired to win. Yet he had mistakenly set some misguided goals. He came to this conclusion after a shoulder injury sidelined him during the BCS National Championship game, and after his mentor was diagnosed with life-threatening cancer. Colt and Matt both made a vow then and there to live with what they termed “unction”—purposeful urgency—as if every day must count for what truly matters.

To win, we must set big goals and work toward effective and influential results.Marcus Brotherton

Colt was still dedicated to giving his all on the field. But he began to redefine success in the light of this “unction.” For Colt, that meant being the best husband and father he could be, truly caring about his teammates and coaches, reaching out to his community, and staying true to his faith.

“Achievement is still important to me,” Colt said. “I get up every day and work my tail off as I continue in my career. But my heart is also set on more. I’ve realized that being a great quarterback is not my only purpose in life.”

Once Colt defined what truly mattered to him, he was able to focus on those areas more and let superfluous things fall away, which led to peak performance.

2. Turn past hurts into determination

Derrick Coleman Jr. is currently the fullback for the Atlanta Falcons. When I interviewed him a few years back for his memoir he’d just made history as the first legally deaf athlete to play offense in the NFL. He'd also won a Super Bowl with the Seattle Seahawks.

That level of success came only after expending enormous grit in overcoming obstacles. As a hearing-impaired child growing up in L.A., Derrick was always mainstreamed in public schools. His parents knew that for Derrick to succeed in life, he must not receive any special treatment. Unfortunately, he was often bullied.

One day in first grade, Derrick stood in the playground as children formed a ring around him, laughing, pointing his direction. You know how kids call you “four-eyes” if you wear glasses? Derrick wore two large hearing aids, and on that day the kids chanted “four-ears” over and over again.

That was only one incident. Kids made fun of the way he talked. Kids called him other mean names. One day after school, Derrick was jumped by an older group of kids who punched him, grabbed his hearing aids out of his ears, and threw them far into the middle of a playing field.

“Those things happened. I’m done with it,” Derrick said, looking back. “I would never use what happened back then as an excuse for why I couldn’t do something later on. Whenever I was bullied, I went back to school the next day and continued on. When something bad happens to you, you can’t let your grieving period last too long. There’s just too much great stuff out there in the world waiting for you.”

Derrick never let his past hurts define the rest of his life. He used them as fuel to set the bar high, to impel him to work hard to reach those larger goals, and ultimately to achieve peak performance.

The late Lieutenant Lynn “Buck” Compton (1921-2012) isn’t primarily remembered as a top athlete, but he was. I was greatly honored to have met Buck—this man of such high lifelong achievement—to speak with him and interview him on many occasions.

In college, Buck was a two-sport athlete for UCLA, playing both football and baseball and excelling in both. In football, he played in the 1943 Rose Bowl. In baseball, the legendary Jackie Robinson was a teammate.

When World War II broke out, Buck’s initial assignment was the 176th infantry regiment, a Virginia National Guard outfit at Fort Benning. To his surprise, he learned that his sole purpose for being in the regiment was to be a member of their baseball team.

Buck was leery about his initial assignment. He wrote home, warning his mother not to tell anybody what he was doing. In Buck’s thinking, “There was a war on, and I was embarrassed that my only contribution playing baseball.”

Having a winning regimental baseball team was considered a prime commodity for any commanding officer. It was well known that COs would routinely block any application for transfer made by a ballplayer. The only two exceptions (where a commander was powerless to stop a transfer) were for flight training or parachute training. Flight training took about a year. If Buck chose flight training, he was afraid the war would end before a year passed and he would miss it. Jump training took only one month.

So Buck joined the paratroopers.

Buck became an officer with the famed Easy Company, 506th PIR, 101st Airborne, the elite group of paratroopers known as the Band of Brothers. He parachuted into Normandy on D-Day, fought valiantly in Operation-Market in Holland where he was wounded, and braved the snow and ice of the battle of Bastogne. He was awarded the Silver Star for his actions during the assault on Brecourt Manor.

After the war, Buck became a detective, an attorney, and later a judge. While an attorney, he successfully prosecuted Sirhan Sirhan for the murder of Bobby Kennedy.

Some of Buck’s earliest lessons on goals and achievement came from back in his high school days when he played two years of varsity football for Los Angeles High School. Previously, sports were something he’d always played for fun. But in high school, he encountered the famed hard-driving coach Bert La Brucherie.

Buck played offensive guard, and early in his first varsity season he missed a block during a scrimmage. Coach La Brucherie smacked Buck on the side of the helmet, chewed him out, and snarled, “Are you going to miss him again?”

As Buck told me, “Coach Bert always pushed us to play as absolutely hard as we could. We practiced daily, at times until well after dark. Sometimes it grew hard to see the other players on the field. Coach would throw back his head and bark: ‘Look for the stripes on his socks!’ That was his form of humor, and as we got to know him, we laughed right along with him. Our respect for him grew as we understood his unswerving commitment to excellence. Nothing more than total commitment to victory would do.”

I asked Buck if he remembered those lessons later in life. “You bet I did,” he said. “His voice helped push me through a lot of hard times, including the war years. His presence became a part of me. Whatever mud or snow we were in, if our ammunition ran low or we didn’t eat for some time, Coach Bert was there. His voice ingrained its way into my head. I couldn’t shake that boom if I tried.”

Set high goals, work hard to reach those goals, and commit to total victory. That was Buck Compton’s secret to peak performance. If we can do that, connect with a deeper purpose, and turn past setbacks into determination for the future, we'll be one huge step closer to the goal line.