Every stream has a current. Throw a twig or a piece of paper into the water, and it will drift with the flow. This is natural. It is simply the way things work. 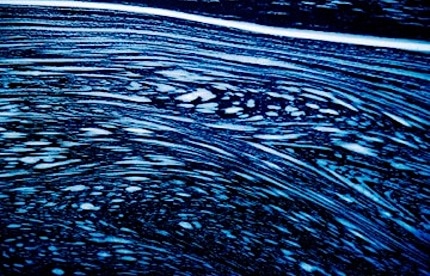 Organizations are similar to streams. They too have a flow. That flow is the organization’s culture. When people enter into that culture, they usually move along with the current. It is what my friends at Gap International call “the drift.”

Do you want to know what the drift is in your organization? Ask, “What are people saying about [fill in the blank]?”

For example, I used to have a colleague that no one respected. You could often hear his peers and subordinates say things like:

You get the idea. These words revealed what people actually thought. It wasn’t evil; it was simply the drift.

But this is just an example. There’s a drift about everything: customers, authors, suppliers, employees, management, policies, etc.

The problem is that the drift can work against what you are trying to accomplish as a leader. Unfortunately, leaders rarely think about this. Yet it is a key component of effective leadership.

To put it simply: As a leader, your job is to swim against the current and shape the drift, so that it works for you, rather than against you. To do so requires at least five steps:

Years ago, we had a bestselling author that became a problem. He usually had brilliant ideas. He could be warm and engaging. His books almost always succeeded. When he was good, he was very, very good.

But he also had a dark streak. He could be rude and demanding, stubborn and ungrateful. When he was bad, he could be very, very bad.

Unfortunately, as time wore on, the drift began to pool around these latter characteristics. As a result, no one wanted to work with him. He got labeled as “high maintenance.” Worse, as a result of our attitude, he became even more high maintenance—or so it seemed.

The truth was that I was as guilty as any one. As the leader, I set the tone. People listened to what I said and started moving in that direction. (Such is the power of leadership.) I had to begin by taking responsibility for the problem.

Then, as I woke up, I realized what was happening. This was not helping anyone, including me! In fact, it was working against what I really wanted to accomplish.

So rather than continue to drift with the current, I began intentionally looking for opportunities to make positive comments about this author. I ignored the negative comments that others made. Subtly, people’s perceptions began to shift. Even the author began to change for the better.

As leaders, we can’t afford to drift with the current. We have to intentionally direct it, so that we can accomplish the bigger vision to which we are called.

The drift doesn’t have to be an obstacle. If intentionally directed, it can become a powerful tool for bring about organizational change.