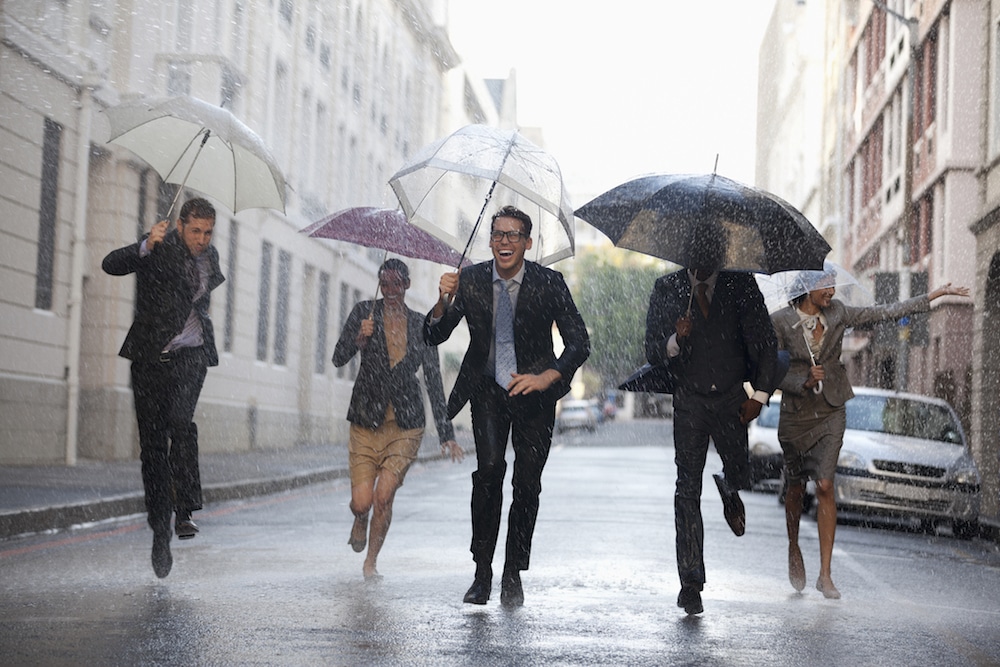 A Former Pessimist Shares His Secrets to Success

We often assume that people simply are a certain way. “She’s such a bright, sunny person.” “He’s always such a gloomy Gus.” Nature gives us optimists and pessimists, and that’s all there is to it.

But according to Jon Gordon, that’s a myth, a limiting belief that may be holding you back. He says this from painful first-hand experience.

“I am not a naturally positive person,” is the improbable beginning of Gordon’s new book The Power of Positive Leadership.

“People think I am because of my books and talks, but the truth is I have to work hard to be positive. It doesn’t come naturally to me,” he explained.

This was intriguing to me, so I had to talk with him about the importance of leaders staying positive, and how to do that, even when we certainly don’t feel like it at times.

Gordon’s positive message has made him a popular speaker and a consultant for sports teams and Fortune 500 companies, but he didn’t start out that way.

He told me that, at one point, his wife threatened to leave him because he was so “miserable and negative.” It was an important wake-up call. “That’s what began my journey of saying ‘How can I be more positive? How can I be someone who brings out the best in others but also feels good about myself?’ So it became a life mission,” he said.

Along the way, he learned that “being positive doesn’t just make you better, it makes everyone around you better.” He also realized that positivity isn’t just a personality trait but also a skill that you can learn and improve.

From our conversation, I gleaned four strategies for how to do that.

1. Acknowledge Setbacks but Focus on the Future

Gordon told me what it was like to be in the locker room with Clemson University head football coach Dabo Swinney after his Tigers lost the national championship to Alabama in 2015. Swinney briefly acknowledged the mistakes on the field, then said, “Let me tell you something. We’re coming back.” He thanked the seniors for their leadership in getting them this far and talked about the improvements the team was going to make next year to win it all.

Gordon was impressed with Swinney: “He just lost the national championship. He wasn't wobbling. He was focusing on the future.” And it worked. The Tigers came back to beat Alabama for the championship the next year.

2. Work Hard for That Future

Gordon talked about research which shows that positive, optimistic people “get paid more” and the reason behind that compensation, including metrics showing “they will actually succeed” more often than their more dour co-workers. “Because they believe in a better future, [researchers] believe that they actually work hard to create it. So it becomes a self-fulfilling prophecy,” he explained.

Physical energy is important for staying positive. You’ve got to eat enough of the right things to keep energy in the tank, and you’ve got to find a way to keep your body engaged. “Exercise to me is essential to my positivity,” Gordon said.

And so is a good night’s sleep. “You will not be at your best” without adequate sleep, he warns. Which is a problem these days, because, “Americans are getting a lot less sleep than they need.”

4. Give Thanks for Successes, Every Day

Gordon said it’s important to “celebrate your successes every day.” It’s a great idea that I’ve been practicing for years. I call these my “wins for the day,” which I try to name every night.

Concentrating on your successes at the end of one day puts you in the right mindset to wake up the next day ready for something great to happen—and the fire to help it along.

Concentrating on your successes at the end of one day puts you in the right mindset to wake up the next day ready for something great to happen.Michael Hyatt

Not Just for Optimists

Now, we may have a default disposition. Some of us may be more naturally upbeat than others, I will grant. But these strategies for positivity—focus on the future, work hard for that future, take care of yourself, pay more attention to your successes—are not just for the Pollyannas among us.

If you’re having a hard time being a positive leader, why not try these things for a month? As Jon Gordon will personally attest, they just might transform your life.

Which of these four strategies do you need to implement so you can stay positive?