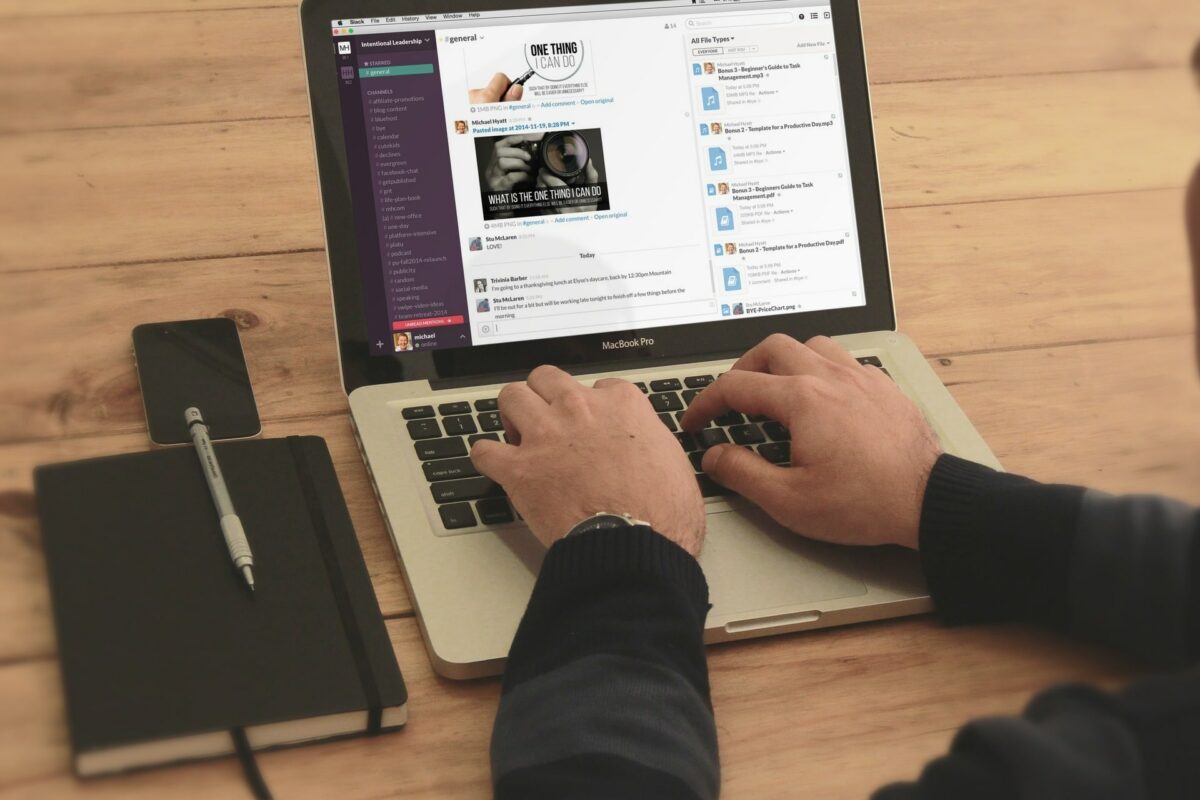 I love watching people succeed, especially if I can learn something I can apply in my own life and share with you. That’s why I’m excited about what I learned from watching Slack’s success this year.

Slack is a communications tool that enables natural and effective team collaboration. The company, started by Stewart Butterfield, the cofounder of Flickr, has been making news since going public earlier this year and is already worth more than a billion dollars.

What Slack Did for My Team

I first heard about Slack through my friend Pat Flynn. We started using it here in June and it revolutionized our team communication and collaboration in less than a week.

It cut my incoming email by more than 80 percent right off the bat. We now have sixteen team members working in four states and two countries on Slack, and I can’t imagine how we functioned well without it.

Every product we develop, every launch we coordinate, every initiative we undertake now occurs in Slack. It’s our virtual office space. We use it so much, it’s also become a verb on our team—as in, “I’ll Slack so-and-so about that such-and-such.”

We are far from alone: The numbers I’ve seen say a quarter of a million people use Slack’s Web interface and desktop and mobile apps to send 200 million messages every month.

So what does it take to create a billion dollar idea?

From my personal experience with Slack, along with what I’ve followed in the business press, I think there are three main success factors that can apply to any product or service.

1. It Answers a Real Need

Before Slack, our team communication was a hodgepodge of email, instant messaging, and texts. We could store our key files in Dropbox, but that meant yet another system everyone had to interact with. Slack takes all of that (and a lot more) and consolidates it into one simple app.

Butterfield identifies this as a key component of their success. “When starting a new company, no one has thought that they need a system for internal communications,” he said in an interview with Fortune. Like us, they just string together a handful of systems and try to make it work.

But when a product comes along that (1) exposes the need and (2) answers it so perfectly you can’t imagine making do without it, then you have the seed of a billion dollar idea.

For about a year we used BaseCamp, which was effective but cumbersome by comparison with Slack. As a result we had team members who were resistant to using it and other inefficiencies that were a hassle to work around.

Slack is a different animal. Across all of its interfaces, the Slack experience is so well designed and the functionality so intuitive, you hardly realize you’re using a piece of software. The technology becomes nearly transparent.

It’s more like you’re in a big room with your teammates. You can have a main conversation about one thing, a side conversation about another, and share a hilarious video somewhere in-between. As long as you like who you’re working with—and we do—it’s a blast.

Slack, just like Steve Jobs taught us, shows that excellent design can take a good idea to a billion dollar idea.

This is my favorite part of the Slack story, and the most encouraging. Slack, as many know, didn’t start out as Slack. The company began designing a video game, and they developed a communications platform to enable their team to collaborate.

When the game flopped, the company disbanded except Butterfield a few core members who realized they might be able to salvage something with the communications platform they developed. Suddenly the side thing became the main thing.

Here’s why this matters: Failure is normal. Success is what’s rare. But one of the unfortunate reasons it’s rare is because people give up when they hit a wall. The truth is that you might have a major idea right under your nose and not even know it. Sometimes our best assets can’t be seen until failure removes the distractions.

Sometimes our best assets can’t be seen until failure removes the distractions.Michael Hyatt

I love Slack for the ways that it improves the life of our team. But I also love it because it reminds us what it takes to win in business: a solution to a problem, simple and fun to use, that comes from a place of openness and optimism.

What’s winning in your business right now and why? If you’re stalled, what’s the learning there that can take you to the next level?