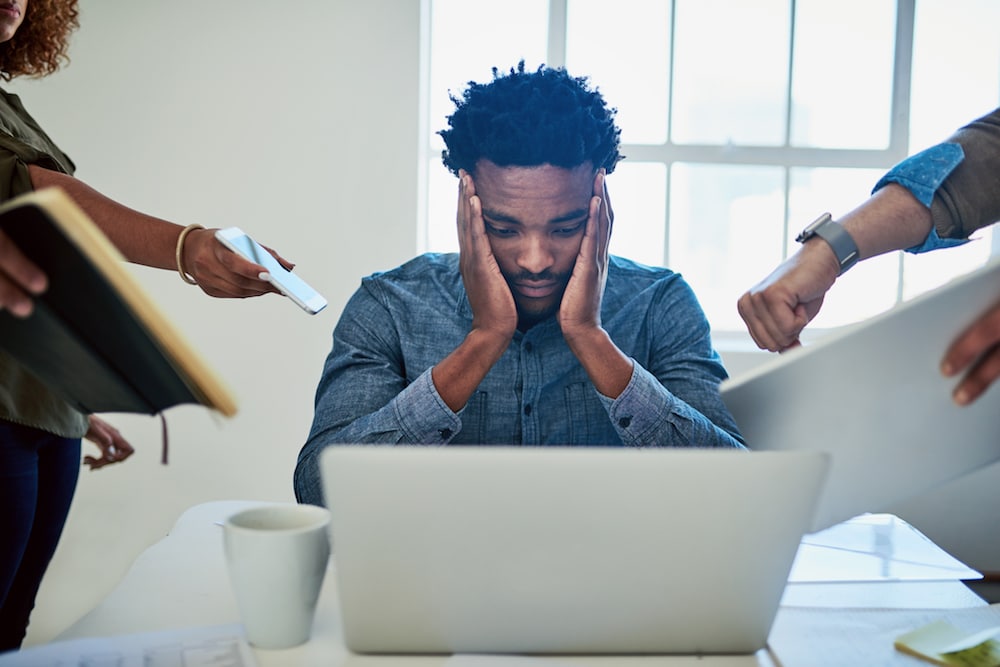 What Organizations Must Learn From the Disconnect

Take a guess: What portion of the American workforce said they were “most productive” at the office during normal work hours? According to a recent FlexJobs survey, the number could be as low as 7 percent. Many more said they get some things done at the office “because it’s not an option to leave.”

Whatever the number of highly focused workers is, it’s too low. In the massive State of the American Workplace report, Gallup found that only 33 percent of workers are significantly engaged at work.

And a smaller but more troubling number of workers are “actively disengaged,” meaning they “are miserable in the workplace and destroy what the most engaged employees build.” As for the other 51 percent, Gallup found “[they] are not engaged—they’re just there.”

How does this happen? Why do so many people come into work, day after day, but rarely show up ready to put in their best effort?

On the Job Blues

There are hundreds of reasons that emerge in job satisfaction surveys and conversations with workers. But five reasons really stand out to me.

1. Workers Aren’t Inspired by Their Leaders

Ideally, workers want their jobs to be more than just a paycheck. They want to be playing a part in an organization that makes a positive difference. For them to be inspired, leaders need to articulate a vision they can embrace.

Too often, that just isn’t happening. According to Gallup, only “15 percent of workers strongly agree that the leadership of their organization makes them enthusiastic about the future.”

2. Workers Aren’t Getting the Communication They Need

Inspiration is a good thing, but so is regular communication. Too often, it’s lacking. An even smaller number than those inspired—only “13 percent of employees,” in fact—“strongly agree that the leadership of their organization communicates effectively with the rest of the organization.” That’s a huge disconnect and a breeding ground for job dissatisfaction.

3. Workers Face a Blizzard of Distractions

At the office, it can seem like everything from email to meetings to drop-ins to social media to ever-shrinking space-per-employee is one giant conspiracy to distract workers, throw them off their game, and convince them to accept less of themselves and their colleagues. In such an environment, of course, it’s harder to stay engaged.

4. Too Many Tasks Assigned to Workers are Drudgery

One secret to productivity is to work on tasks where your passion intersects with your proficiency. I get it. A certain amount of drudgery on most jobs is predictable.

But companies don’t pay nearly enough attention to the passion and proficiencies of their workers when assigning tasks. And when workers are focusing on tasks they consider a grind for most of their workdays, they're not going to be as engaged or productive as they would be if they did more suitable tasks.

5. Workers Aren’t Getting the Flexibility They Crave

Too many workers get up early in the morning, fight traffic into work, try to fit in appointments on their lunch breaks, get stuck staying after hours because a meeting ran long, and then fight traffic again on the way home. The whole time they must be wondering, “Why do I have to be here? What does this have to do with me getting my job done?”

According to FlexJobs, 66 percent of workers thought they could be more productive working in a home office. Only 2 percent thought they’d be less productive.

They may be right or wrong about that. (In our experience at Michael Hyatt & Company, where everyone works virtually, they're right. Mandatory office hours would undermine our productivity for certain.) But, right or wrong, the point is today’s workers crave flexibility, and they're not getting it. It's no surprise many aren't putting in their best effort.

The one bright side to the dismal workplace surveys is that if companies address these concerns consistently, their workers are far more productive.

In fact, Gallup found that at the “world’s best organizations” the overall engagement of employees was 70 percent—still room to grow but a whole lot better than 33 percent. That’s the difference effective leadership can make.

One secret to productivity is to work on tasks where your passion intersects with your proficiency.Michael Hyatt

What steps will you take to avoid this type of disconnect on your own team?