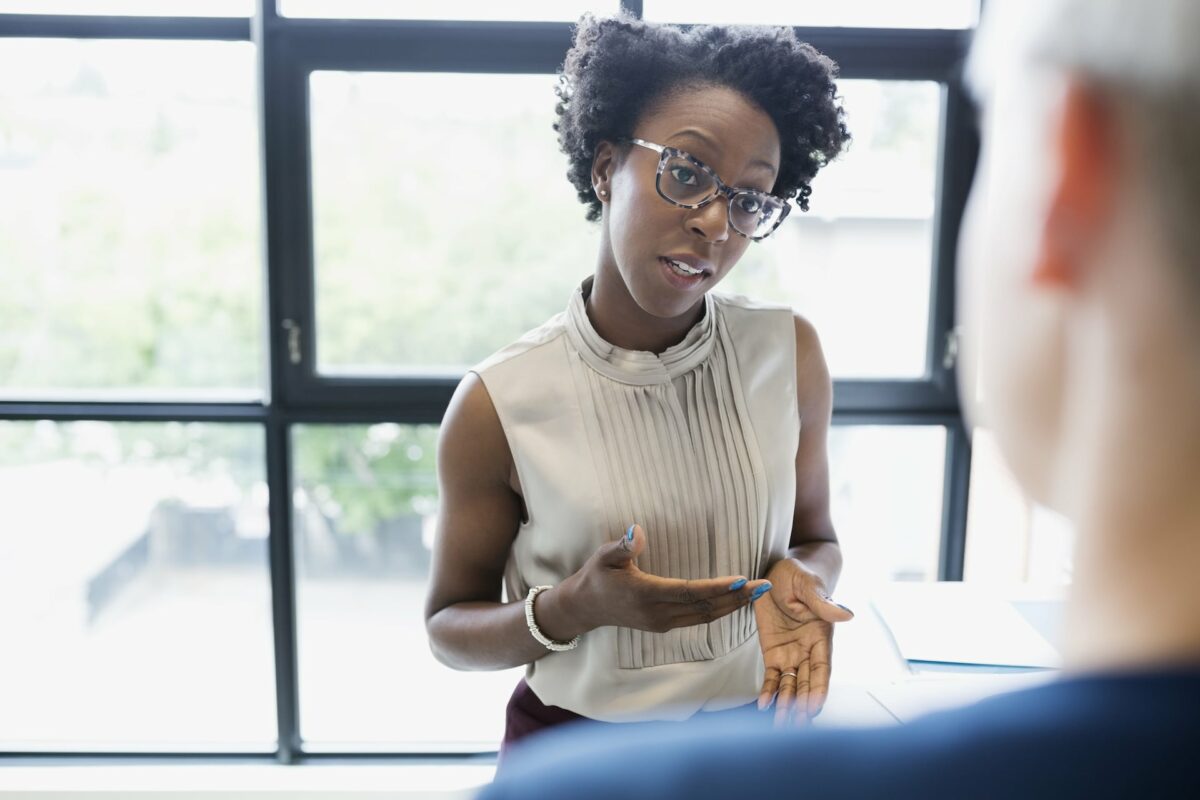 If anything is certain in leadership—whether you’re leading a large company, a mid-sized team, or a family of four—it’s that bad things will happen. Ultimately, you will bear the responsibility of sharing the news.

Shouldering the burden is the mark of a leader committed to gaining control of an unfavorable situation before it devolves into utter chaos. “In most cases, the person who is slated to receive bad news already knows it’s coming, but rather than facing it, he puts his head in the sand, pretending not to be seen and hoping it will go away,” says Marian Thier, an executive coach who works with senior-level executives and high-potential employees at Fortune 500 firms.

“That results in a lack of communication, isolation, and low performance—probably the very things causing the bad news in the first place,” she says. “The problems will only fester, grow and make it less possible to rectify if avoided. The closer to a problem situation, the closer bad news feedback should be.”

Unfortunately, knowing the importance of delivering bad news in a timely and effective manner doesn’t actually produce the know-how to do so. But the following tips can help.

Don’t be vague in your messaging

Delivering an unwelcome message is never easy, and it can be tempting to pad the dialogue with unnecessary praise that may obscure the key point. One specific example of this is called the “sandwich method,” in which employers are instructed to couch bad news between two compliments or other positive remarks. (For instance, “You’ve been a valuable employee for four years, but we have to let you go, even though I’m sure you’ll find another job and we’d be happy to put in a good word for you.”)

While noble in its efforts, this approach can often create confusion and make it less likely that the receiver will actually understand the gravity of the news being delivered.

“The purpose of delivering bad news is to gain a mutual and clear understanding of the situation, what has gone wrong, and any next steps,” says Thier. “Starting and ending with good news obfuscates that intention and minimizes the importance of the bad news.”

Don’t try to be overly compassionate

If not using the “sandwich method” specifically, some leaders may also find themselves over-talking in tense moments in an attempt to find the right thing to say to ease any discord between themselves and the other party. This, too, is pointless, says Jean Palmer Heck, author of Tough Talks in Tough Times.

“Nothing clears the mind faster than getting bad news,” Heck explains. “When people hear it—no matter what else they were thinking at the time—all communication processing shuts down. You can keep talking, but the other person won’t hear what you are saying.”

Not only will this excess dialogue fail to add anything of value to the conversation, but it can actually backfire and heighten any tension in the air. Heck suggests remaining quiet while giving the other person time to process the information. And it’s often a good idea to let the other person have the last word. According to Thier, “The deliverer of the bad news has the power and control of the conversation, so it might reduce tension to give some of it up to the recipient.”

Do plan what you’re going to say in advance

To avoid any inclination to ramble and make an already difficult conversation exponentially harder, preparing in advance is key. To this end, There has developed a communication model that she shares with clients faced with the task of delivering bad news. Each bulleted point frames a key discussion point and serves to keep the deliverer of bad news focused throughout the conversation:

In Tough Talks in Tough Times, Heck details her CHECK system for delivering bad news in both professional and personal settings. And one of the system’s core tenets is the idea that tough talks typically involve a series of conversations, as opposed to a single discussion.

“It may be understandable to consider a tough talk the demise of something, like a job or a relationship, but it should also be thought of as a new start or a new beginning,” says Heck. “Everyone involved directly or indirectly in a tough talk will move forward—that’s a given. But the time it takes to adjust and adapt to the new situation will vary with the individual personalities and the circumstances surrounding the event.” And those adjustments and adaptations often require additional leadership.

Using an example of a fired employee, Heck notes that even after the terminated individual has left the company, there may still be questions to answer and concerns to address amongst remaining staffers. “In the absence of giving employees answers to their questions, rumors will run rampant,” she explains. “Rumors take a toll on productivity and morale, but a follow-up to bad news, if handled well, can actually help in motivating a workforce to pull together and succeed.”

In short, adds Heck, “It’s essential to understand that one conversation will not take care of all the subsequent issues, reactions and problems.”