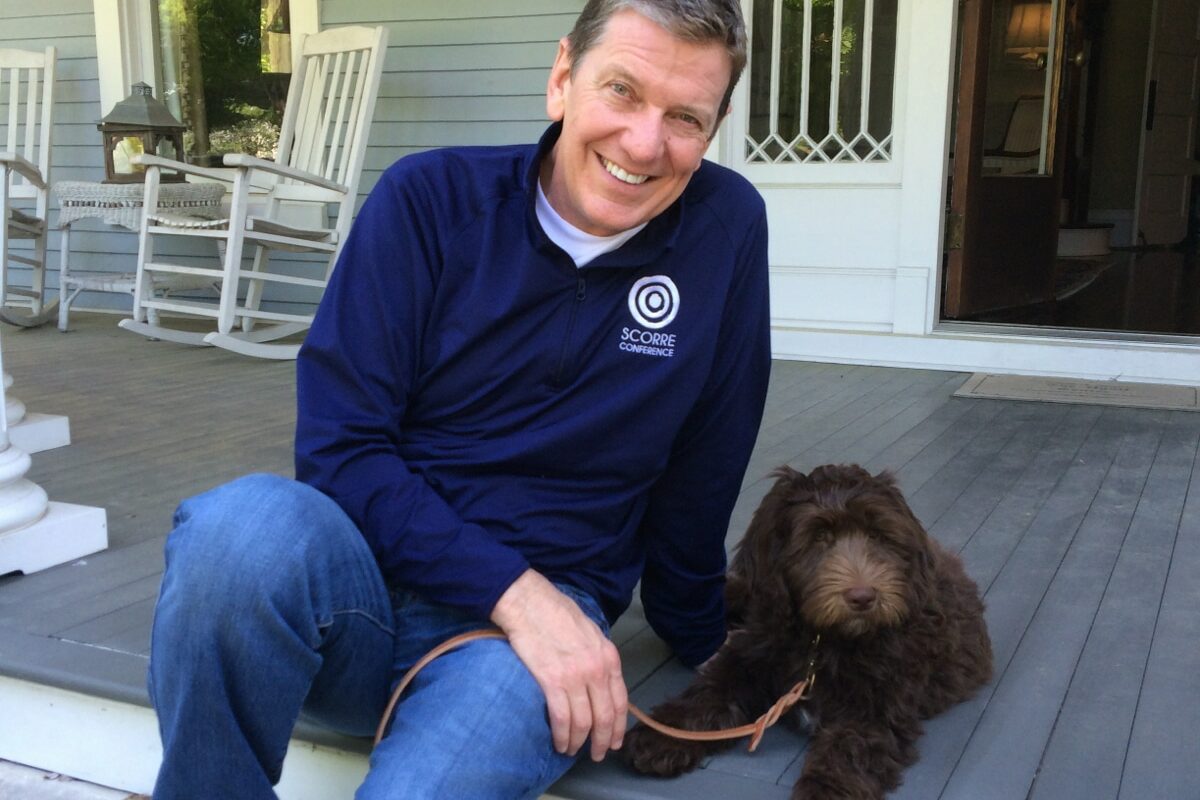 Recently, my wife bought me a Labradoodle puppy. I had wanted one ever since my daughter got hers. My grandson named him “Charlie Brown,” since his fur was a beautiful chocolate brown color.

Though he was born in January, we didn’t get to meet Charlie until last week. He spent the first eleven weeks at the breeder with his mother and siblings. Then he went straight to a trainer for “Companion Training.” (Yes, we believe in outsourcing!)

Last Monday, after what seemed like forever, we drove five hours to Indianapolis to pick him up. He was everything I had hoped he would be—cute, calm, and compliant.

The trainer spent three hours with us, going over the training. We watched with delight as Charlie responded obediently to nineteen different commands. Then the trainer let us work with him, as she coached and corrected us.

The Foundation of Success—and Failure

Though he was house-broken, I had to ask her, “What happens if he has an accident and eliminates indoors. How should we respond?” (This is the part I always dread about getting a puppy.)

“No problem,” she assured me. “Just take a newspaper and roll it up real tight—like it’s a stick. Now hit yourself on the forehead and say, “Bad owner!”

We laughed out loud. She went on to explain. “If he has an accident, it’s your fault. Either you got distracted or ignored the signals.” She let that sink in and continued, “Charlie’s trained. Now we just have to train you.”

I had to smile. She was giving me a dose of my own medicine. When I teach on leadership, I always begin with self-leadership. To get better results, you have to become a better leader.

In any situation, we can practice self-leadership by taking these actions.

Action #1: Take responsibility for the results.

This is a challenge for many leaders. It’s much easier to offer an excuse or blame someone else or something else.

The problem is that as long as you are making excuses you will not grow as a leader. You will also not earn the respect of others, whether it’s your boss, your peers, or your subordinates.

Instead, you have look in the mirror and say, “I own this. I don’t like it. I wish it were different, but it is what it is. I take full responsibility for this outcome.”

Action #2: Ask yourself a hard question.

One of the greatest leadership lessons I ever learned was from my executive coach, Ilene from Gap International. After missing our revenue plan one August, she asked, “Why do you think you fell short of your budget?”

I stammered around, then offered a parade of excuses (actually, the very ones I cited earlier). Except, I didn’t think of them as excuses. Instead, I saw them as the reasons we had missed our target.

She then assured me she understood. “I get that all those things were factors.” Then she hit me with this zinger: “What was it about your leadership that led to this outcome?”

I did not like that question at all. In fact, I was offended by it. But she persisted.

This question has revolutionized the way I lead. I feel it is a major reason I get the results I get. But it’s not enough to ask the question. You also have to …

This is the hard part. Leaders talk a lot about the challenges of organizational change. Most of the focus is on changing other people’s behavior.

Granted, changing other people’s behavior is tough. But it’s a whole lot easier if, as leaders, we are willing to change our own behavior.

The Russian saint, Seraphim of Sarov, once said, “Save yourself, and thousands around you will be saved.” This reflects deep insight into the essence of leadership and the key to organizational change.

By taking these these three actions, you are in a much better position to lead by example. It doesn’t mean you can’t hold others accountable. You can. But you must start with yourself and then teach others to do the same.

How well are you leading yourself?