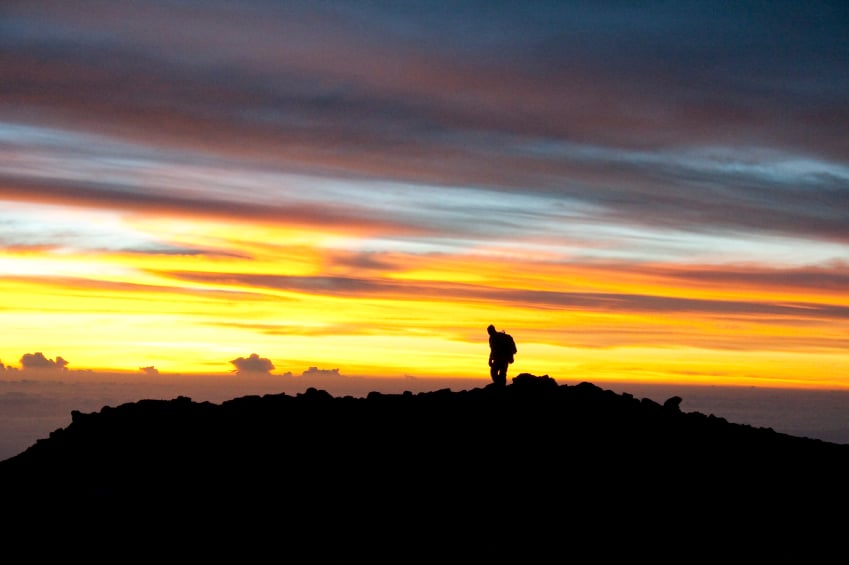 I am mostly offline, attending a business conference. I have asked several bloggers to post in my absence. This is a guest post by Steve Kaplan. He grew a marketing company from start-up to $250 million in sales with offices in 14 countries before selling it for $2.1 billion. You can visit Steve's blog, follow him on Twitter, or connect with him on Facebook. If you want to guest post on this blog, check out the guidelines here.

When you’re in charge, it’s easy to get accustomed to having the people follow your wisdom simply because you're the leader.

But when was the last time you took a real risk, putting yourself out there with the possibility of failure? Have we become so used to leading that we've forgotten what it took to get us there?

True leaders know what it’s like to be in the trenches, and those they lead thrive on their energy and drive. They are eager to “follow the leader,” because they know the leader is in it with them. Then, the years pass, and many leaders can’t help but grow distant from those they lead.

Putting yourself out there suddenly becomes replaced with safe activities such as “strategic decision making” and “risk aversion.”  While these can be considered smart leadership practices, they also come with a price.

By not putting yourself out there in a real way, you not only run the risk of losing touch, but lose your personal edge, as well—both of which earned you respect as a leader in the first place.

In my life, many people look to me for advice, strategy, and leadership. I have led organizations of over 1,600 people and influenced thousands more. I realize the impact I have on others, and I take that responsibility seriously.

Recently, I was preparing for a speech to a group of entrepreneurs. As I was thinking about my presentation and the stories I planned on sharing, it hit me that it had been a while since I had “earned my stripes.”

I had to look outside the business world, because I had reached a level where it would be difficult to find a challenge that would be a real risk. So I set my sights on something way out of my comfort zone.

I would go to Tanzania, Africa and attempt to summit Mount Kilimanjaro, the highest freestanding mountain in the world.

There are several routes to take, with varying levels of difficulty, some taking up to twelve days to summit and return. Being a typical extremist, and wanting to really challenge myself, I took the shortest and most difficult route—up and down in five days!

While the climb is physical, the real challenge is mental. It’s managing high altitude with exhaustion and feeling physically drained, but pushing through to the end.

It’s living outside in tents—in the rain—but driving toward a goal. It’s putting yourself out there with a real chance at failure, a risk I desperately needed. It’s being vulnerable.

Each day brought new beauty coupled with challenges to overcome and opportunities to both succeed and fail.

As we lined up at our final camp at midnight, preparing to begin our summit push, it struck me—while freezing, oxygen deprived and feeling horrible—that I would have to use the same characteristics I used in becoming a leader: drive, perseverance, and mental toughness. I would also have to rally others to work together, so we could all make it.

The final push was as tough as I imagined, but reaching the summit was extraordinary. Standing above the horizon, looking down at the clouds, was breathtaking to say the least.

But as I stood on the peak of the highest freestanding mountain in the world, I had one thought: “It’s great to be back in the trenches!”

Now, you certainly don’t need to climb a mountain to regain your sense of the trenches. Just choose any effort outside your comfort zone. This can range from running a marathon to starting a charity.

As long as you jump in and risk a real chance at failure, you’re good to go. Others will see your courage and be inspired by your willingness to put yourself out there. And you will love to get back in the trenches.

Question: When was the last time you were “in the trenches” as a leader? You can leave a comment by clicking here.