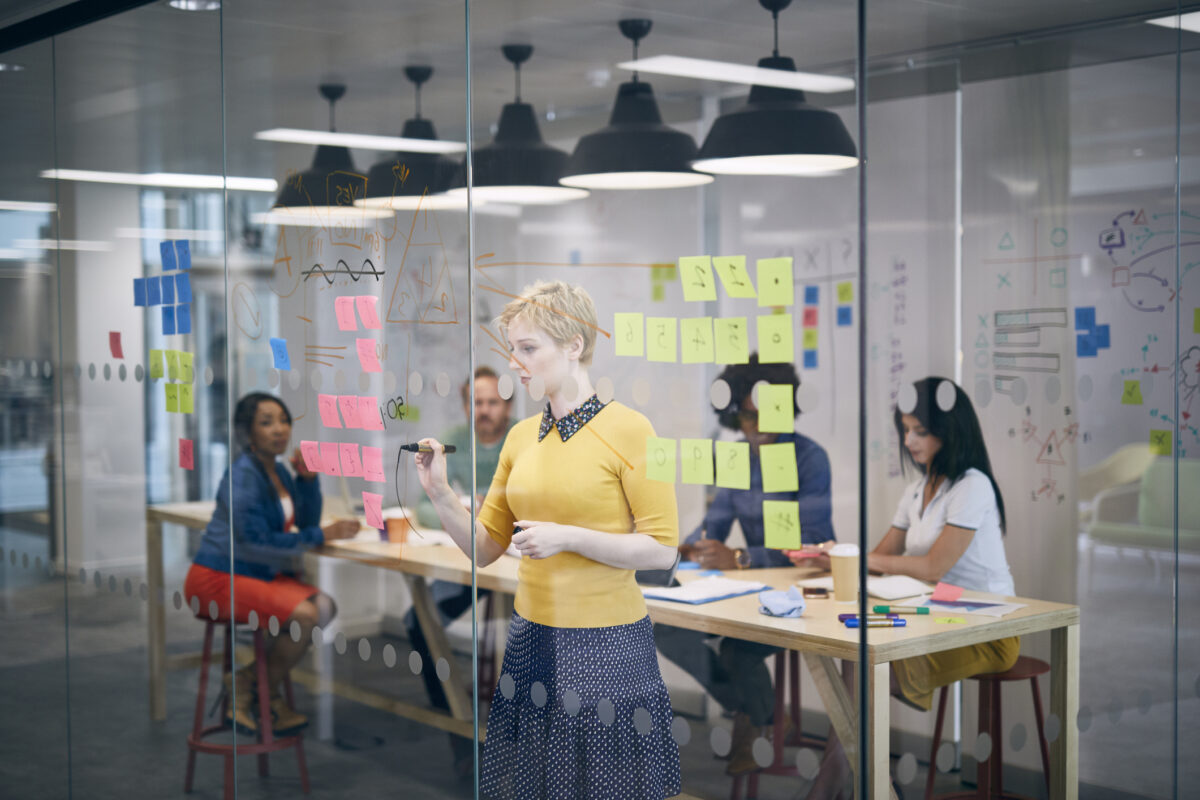 A while back a teammate forwarded me a link from Business Insider. The story was a short profile of senior vice president and chief corporate affairs officer for Heineken USA, Josephine Bertrams.

I’m always eager to read about fellow leaders. I especially love hearing about what they find is working for them. In Bertram’s case she works out most days, follows a standard Workday Startup Ritual, and prioritizes urgent items early each day. “I like to get it out of the way before other things come up and procrastination creeps in,” she says.

There were a few other bits that intrigued me as well, including combining work and personal life to ensure the Double Win. But what stood out most of all for me was her use of the Full Focus Planner.

“I discovered the Full Focus Planner a few months ago and love it,” she said. “It helps me set and track quarterly objectives and break down my weekly and daily priorities.”

Whenever I get stories like this, whether I pick them up in the media, learn about them from industry peers, or hear them directly from our BusinessAccelerator clients, I’m thrilled. It’s beyond satisfying to see the products we offer creating transformation and driving results for people. It’s why we do what we do.

That’s at the heart of any successful innovation, if you think about it. Something comes into being that improves one small corner of the world enough that people invest and keep it going and growing.

The Full Focus Planner is no different. It’s now central to what we do at Full Focus. We’ve sold just over a million copies! But five years ago, it didn’t even exist.

As we begin celebrating the Planner’s five-year anniversary at Full Focus, I’ve been thinking about the journey so far and reflecting on several great lessons about successful innovation baked into its history. I want to share three key insights with a view toward helping other business leaders with their own innovation opportunities.

I rarely pick a ten-cent word, but this one fits perfectly. Before I say exactly what I mean by recombinant, let me give you some background—it forms the origin story of the Full Focus Planner.

I’ve been using a personal goal-achievement system for decades now. Early on in this business, in 2013, we decided to take part of that system and package it as a course: 5 Days to Your Best Year Ever.

The course (and eventually an annual live event) breaks down advanced goal setting and achievement basics into five straightforward steps, including our proprietary SMARTER goal-setting framework, effective methods for getting closure on the past before dreaming about the future, and surefire methods to help high achievers maintain momentum and motivation when they hit the messy middle.

It was a runaway hit with our audience—including many of you!—because it offered a proven, scientifically informed path to getting more of what you want out of life. But it was only half the picture.

Annual goals are achieved one day at a time, and nothing will cause your goals to languish like low productivity. Scratch that. Worst of all is being highly productive at the wrong stuff. True productivity is doing more of the right stuff and less of everything else. And the right stuff includes your goals; if it doesn’t, forget about achieving them.

The other half of my goal-achievement system is a productivity system we formalized in another course in 2016: Free to Focus. (Both Your Best Year Ever and Free to Focus have been subsequently expanded into books, by the way.)

Free to Focus showed viewers and readers how to maximize time for their high-leverage work, including their goals, and how to protect those priorities on a weekly and daily basis from the kind of interruptions and distractions that regularly derail entrepreneurs, executives, and other high achievers like you.

Here’s where recombinant comes into play.

By 2016, we had our flagship product and a supporting productivity product—but nothing that formally integrated them. That same year, in December, a few of us on the executive team read David Sax’s eye-opening book, The Revenge of Analog.

That’s when we knew: We needed to create a paper planner that combined the two systems in Your Best Year Ever and Free to Focus into one tool. We decided to do that in 2017.

As the word sounds, recombinant refers to recombining existing elements into novel and (hopefully) effective combinations. Goal setting, productivity, and, of course, paper planners—these all existed. But never in history had they existed together in a package that integrated our unique methodologies.

The components were all there, but we required the spark of Sax’s book to help us see those components in a new light and recombine them into the Full Focus Planner. This became the company’s very first physical product, the success of which ultimately would inform our company rebrand five years later.

But there was a lot of choppy water in between. And that leads to the second insight.

Before leaving to start the company that became Full Focus, I’d been the CEO of Thomas Nelson Publishers, now part of HarperCollins. I’d had decades of experience in the book business working across several departments.

Similarly, our chief product officer, Joel Miller, and our chief marketing officer at the time, Chad Cannon, also had several years’ worth of experience in the trade. But a planner is a different animal than the kind of books we used to make in the past.

We knew just enough to be dangerous. But that was enough to get us started.

We began by reaching out to contacts in the printing and packaging world. In February, Joel began discussing specs with Adam Hill, a publishing veteran with experience developing complicated, production-heavy projects. (Adam, by the way, has since become our physical product design and development director. He recently talked with the Focus on This crew about making the planner. It’s a lot of fun.)

By spring, we had decided to accelerate our schedule. We had already begun initial design work. Some of those early sketches for the page layouts were done in long drives across town, Joel behind the wheel and the designer working in the passenger seat. Our internal designer then handed off his work to an external partner who finished up the page design. By early April, we were experimenting with prototypes.

The accelerated timeline posed challenges. Since we envisioned a quarterly planner, we were determined to have the final product in customers’ hands by the end of June, in time for the start of Q3. That meant having final files ready to go by the end of April. As the timeline edged closer, the risks of missing our date mounted.

There were other risks as well, beyond trying something new and doing so on a tight schedule. Up to this point, all our products were digital—mostly courses. We could turn them quickly, and the development costs were minimal. Physical products are different.

The up-front costs were significant, and there’s always the possibility the product won’t fly. We mitigated that somewhat by launching with a preorder. That helped us gauge interest and offset the printing costs. Unfortunately, it didn’t prevent all the problems.

We lined up our printer and fulfillment partner and ordered our first printing. That initial run was 10,000 copies. We’d already sold about 6,000 of those in the preorder. But then the bad news came: When the printer went to assemble the covers, one of the components was wrong. They had to reorder the component, pushing our launch date back a month. Now we had to tell those 6,000 people they weren’t getting their planner in time for the start of Q3.

That was painful. Thankfully, everything eventually came together, and we shipped our initial orders late in July.

Our customers loved it! By August, we were already running out of the initial printing. We ordered another 15,000 units. Those shipped in September. By the end of the year, we’d sold 35,000 planners. Five years later, we’re at over a million!

All along the way we’ve had to manage risks with inventory, investment, and more. The good news is, there’s another insight about innovation that can mitigate risk. We’ve leaned on it over the years and know how well it works.

The first version of the planner was out and successful, but I was already toying with improvements by fall. Knowing something about page design, I decided to rework the interior pages myself.

As I started, we launched a private Facebook community to vet and test those page designs. It started out with a few hundred planner users. (Today it’s over 29,000!) I wanted to ensure that I wasn’t cooking up something in isolation. Successful innovation is responsive, and I wanted direct and immediate feedback.

We released the new version in November 2017, and the page design stayed pretty much the same in 2018. I think we tweaked one part of the design but nothing more.

By 2019, however, things were different. We knew we wanted to diversify the line. The original planner was gray, but we’d been hearing from customers about colors. We also wanted to update the overall aesthetics.

Throughout late spring 2019, we worked on updating the interior again and picking out a suite of new cover materials. We launched the Bold and Executive lines in fall 2019, along with two additional colors for the Classic line. The new releases were also a big success—all because we responded to our customers.

Those two lines are the forerunners of our current Linen and Leather lines, and we’ve experimented with others since. The Pocket and Coil planners came in 2020. Then, in 2021, we added the Portfolio. We also added a certification program based heavily on customer interest.

Naturally, we have big things in the works for 2022.

We’ve had several products over the years that have been less than stellar. I remember a course we did early on that sold—wait for it—one unit! But we’ve had many others succeed well beyond our initial expectations.

The Full Focus Planner is one of those products. Its story exemplifies successful innovation, especially the three insights covered above. It’s recombinant, risky, and responsive.

It’s also really fun. I think any entrepreneur gets this. Yes, the challenges are real. But the rewards are incredible—none more so than watching customers use our products and experience tremendous transformation as a result. 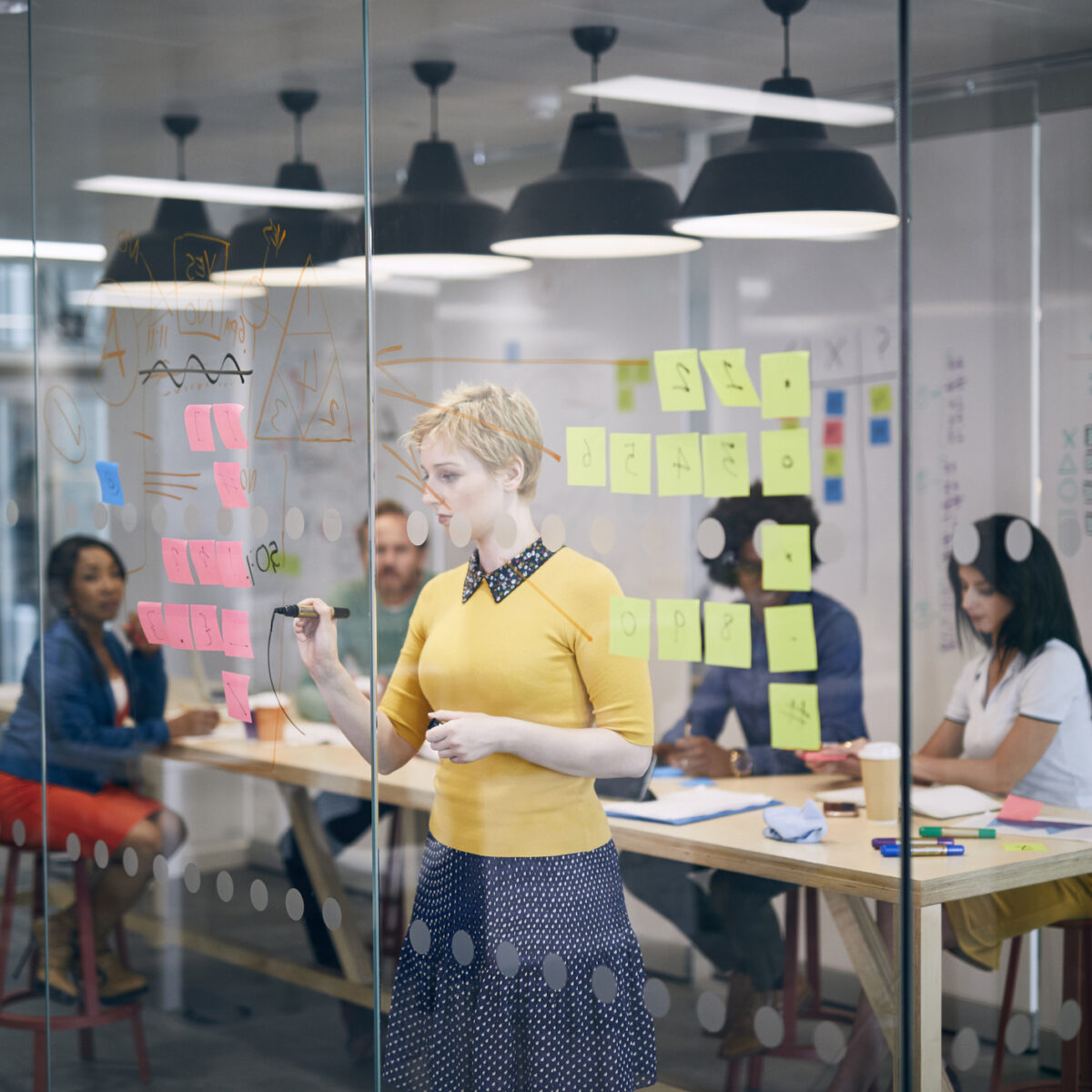 What Creating the Full Focus Planner Teaches Us About Innovation

As we celebrate the Full Focus Planner’s 5-year anniversary, we reflect on the journey and offer 3 key insights about[...]