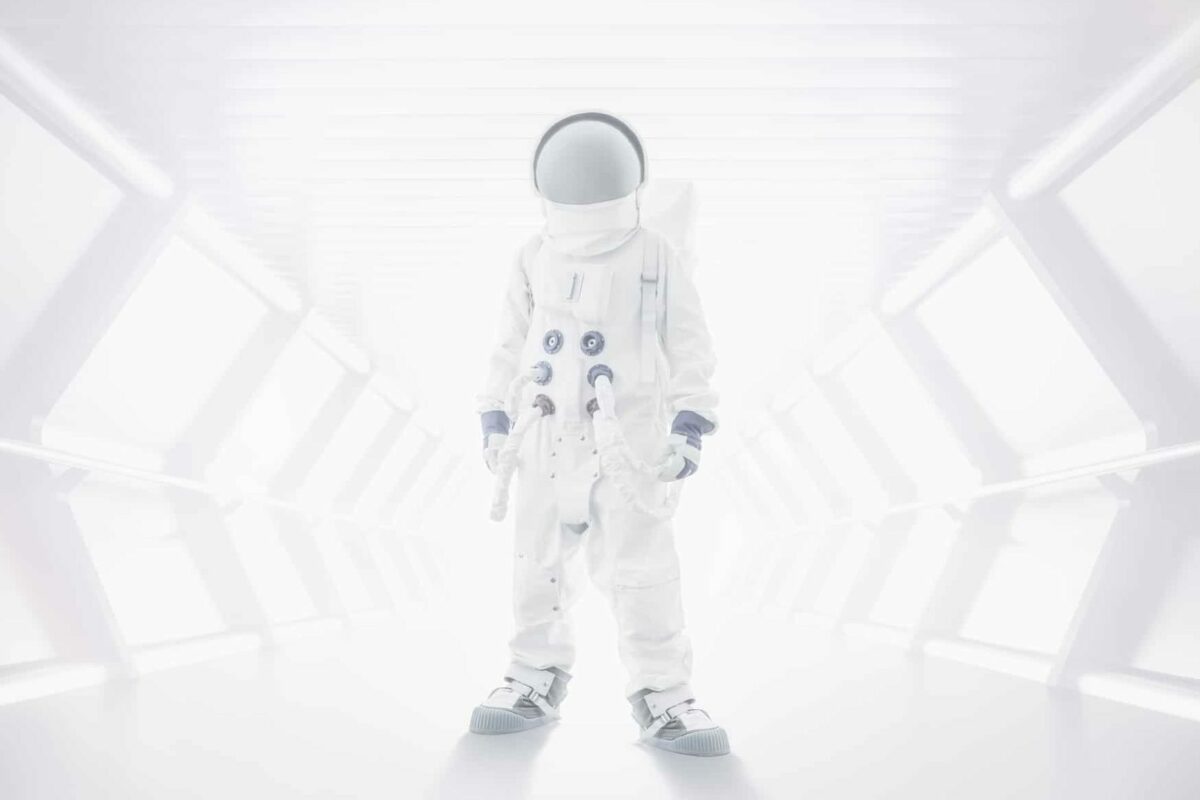 Sometimes it’s hard to see something, even when you’re looking right at it. That’s partly because of the way our brains work, according to psychology professor Wendy Wood. “Our minds are designed to miss the forest for the trees,” she says in her book, Good Habits, Bad Habits “We are primed by cues [stimuli in our environment] and wind up not seeing the bigger picture, the world at large.”

In other words, the things in the foreground (business as usual, daily life, busyness) obscure the things on the horizon (your vision). The now-dead computer company Compaq provides a case in point.

The Case of Compaq

In 1982 three former Texas Instrument executives saw an opening in the emerging technology market. Just eight short months, they shipped the very first Compaq computer. I was an early adopter, one of many.

Compaq broke the record for the first-year sales of any company in American business history—$111 million. It went on to become the fastest company in history to cross the $1 billion sales threshold. By the mid-1990s, they were the undisputed leader in the market for desktop business computers.

Jumping in on the emerging personal computing market turned out to be a great choice. Those three founding executives had a clear vision. And when they saw an opportunity, they seized it. But what happened after that?

The short version is that the company started missing great opportunities and pursuing marginal ones. When home computing began to emerge, Compaq totally missed the boat. They doubled down on business computing, acquiring Digital Equipment Corporation in 1998 for $9.6 billion.

Meanwhile, Apple, Dell, and Gateway tapped into the surging home-computer market. Three years later, Dell passed Compaq as the industry leader in PC sales. Compaq pivoted—but too late. They never recovered and were acquired by Hewlett-Packard in 2002.

Their story shows how important it is to keep your vision in focus, no matter what’s happening in your business. Otherwise, you’re likely to miss great opportunities and jump at marginal ones.

Here are four questions that will ensure your short-term decisions line up with your long-range vision.

4 Questions to Sharpen Your Vision

1. What will success look like three years from now?

Your current success may keep you from seeing problems in your company. That’s what happened with Compaq. “Growth is the worst deodorant. It hides a lot of things,” said former vice president of North American marketing Gian Carlo Bisone.

When your bottom line is good, it’s easy to fixate on it. That’s a mistake. Celebrate, for sure. But keep moving your eyes back to the future.

The question is not “Are we successful?” but “What will success look like three years from now?”

2. What does this make possible?

When your business is in crisis, it’s hard to see any opportunities at all. Frankly, I’ve been in that position. In 2002, I took over leadership of the largest division in the company I was serving at the time. I’d known the division was in trouble, but I had no idea how bad things really were.

It was a total disaster.

I could have said, “Well, I don't see how we can accomplish much this year. Let's just try to break even. Maybe we can gain some ground by selling off obsolete inventory.” Honestly, it was hard to see what else could be done.

But I decided to start by looking to the future. So I took a personal retreat and developed an inspiring 10-point vision. When I announced it to the team, they were all in. Suddenly, everyone could see opportunity instead of crisis. Within 18 months, we’d turned the division around. Clear vision is critical for seeing beyond failure.

Good leaders go beyond asking “What went wrong?” to “What does this make possible?”

3. What business will we be in three to five years from now?

Your current product line may keep you from seeing the future of your industry. When he was a student at Stanford Business School, Seth Godin learned this lesson in a single day. In a meeting with the president of Activision Inc., a video game maker, Godin proposed that they branch out from cartridge-based games to produce games for the emerging PC market.

Was the executive impressed by Godin’s vision? Not so much. He “disagreed with my proposition and almost had me removed from his office by force,” recalled Godin. “He told me, ‘We’re in the cartridge business—and those machines use floppy disks. Forget it.’”

Talk about a missed opportunity. Whatever your product offering is today, it likely will be different in the future. The question is not “What business are we in?” but “What business will we be in three to five years from now?”

4. What can we do better, faster, or more profitably?

The way you do things now may keep you from seeing possibilities for improvement. In 1999 Nick Swinmurn got the crazy idea of selling shoes online. Investors thought it would never fly. Besides, the opportunity seemed miniscule. At the time the nearest comparison was mail-order shoe sales, which was a measly 5 percent of the market.

But Tony Hsieh heard something in Swinmurn’s pitch that made his ears perk. The mail-order business was only 5 percent of the market—but that market was 40 billion dollars! So Hsieh invested, and Zappos was born. When it was sold to Amazon a decade later, the company was worth $1.2 billion dollars.

Vision is critical for seeing beyond your current business model. The question is not “What’s working now?” but “What could we do faster, better, and more profitably?”

Clear vision is your best tool for identifying great opportunities and weeding out mediocre ones. Keep that vision sharply focused by consistently asking these four questions.